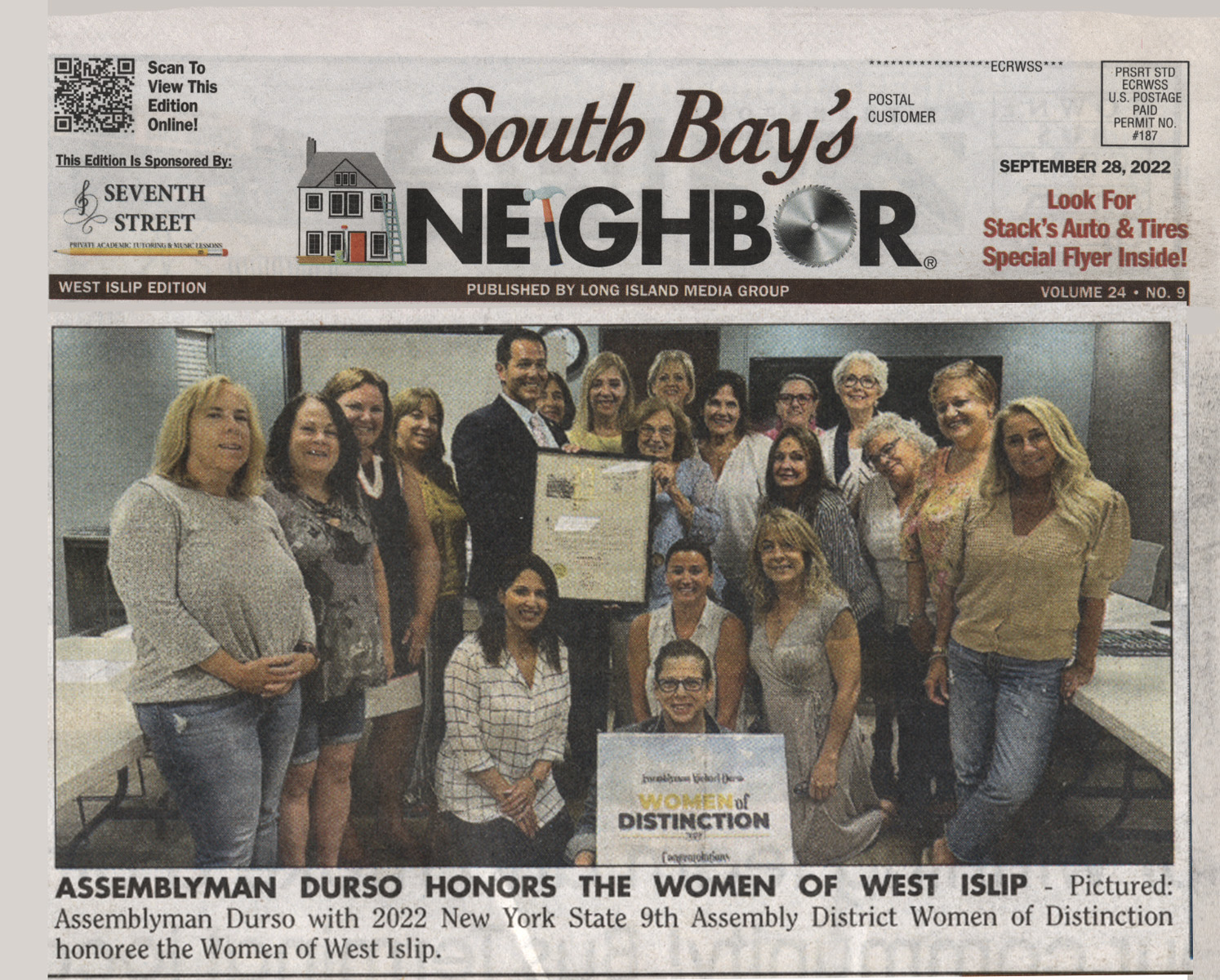 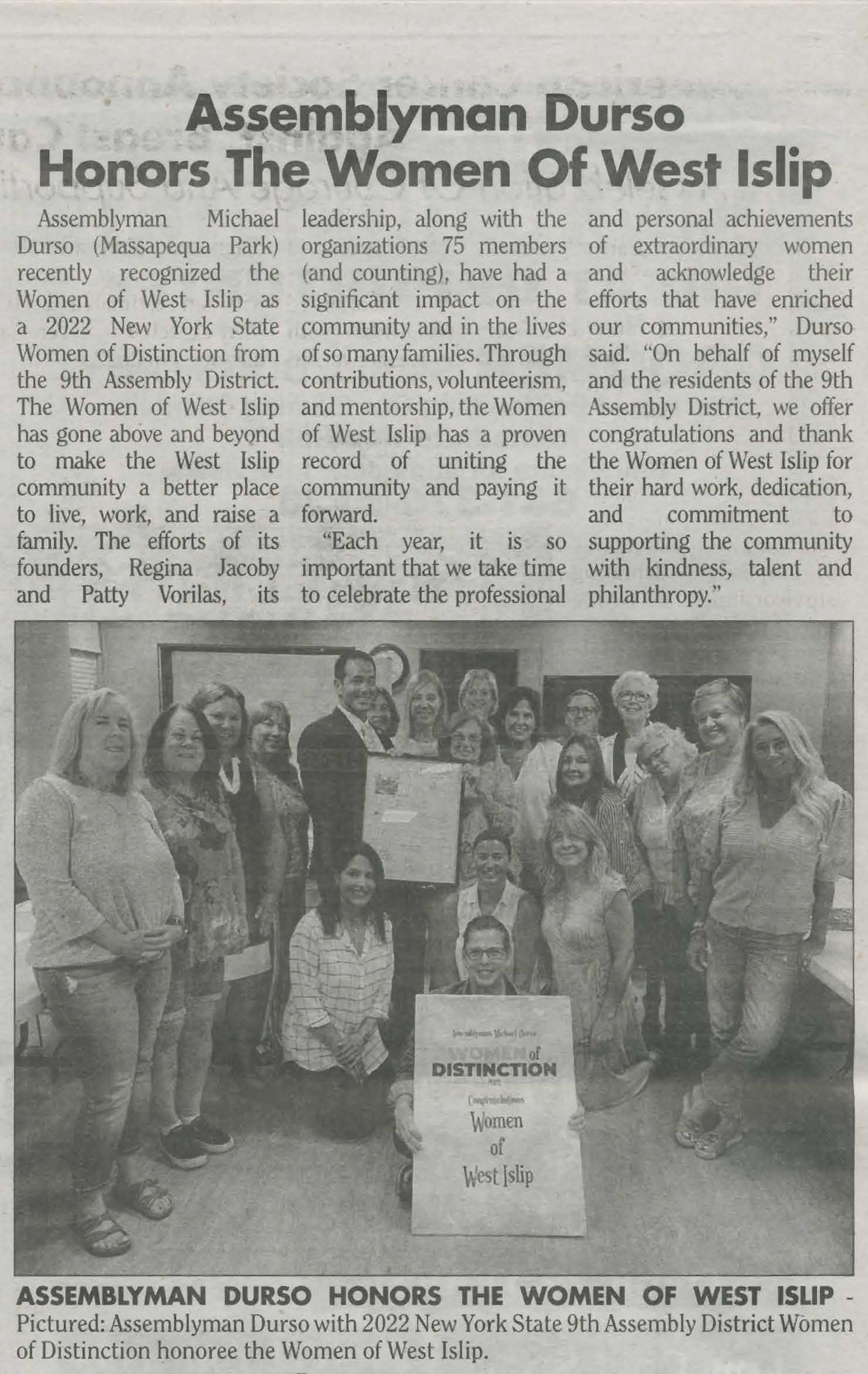 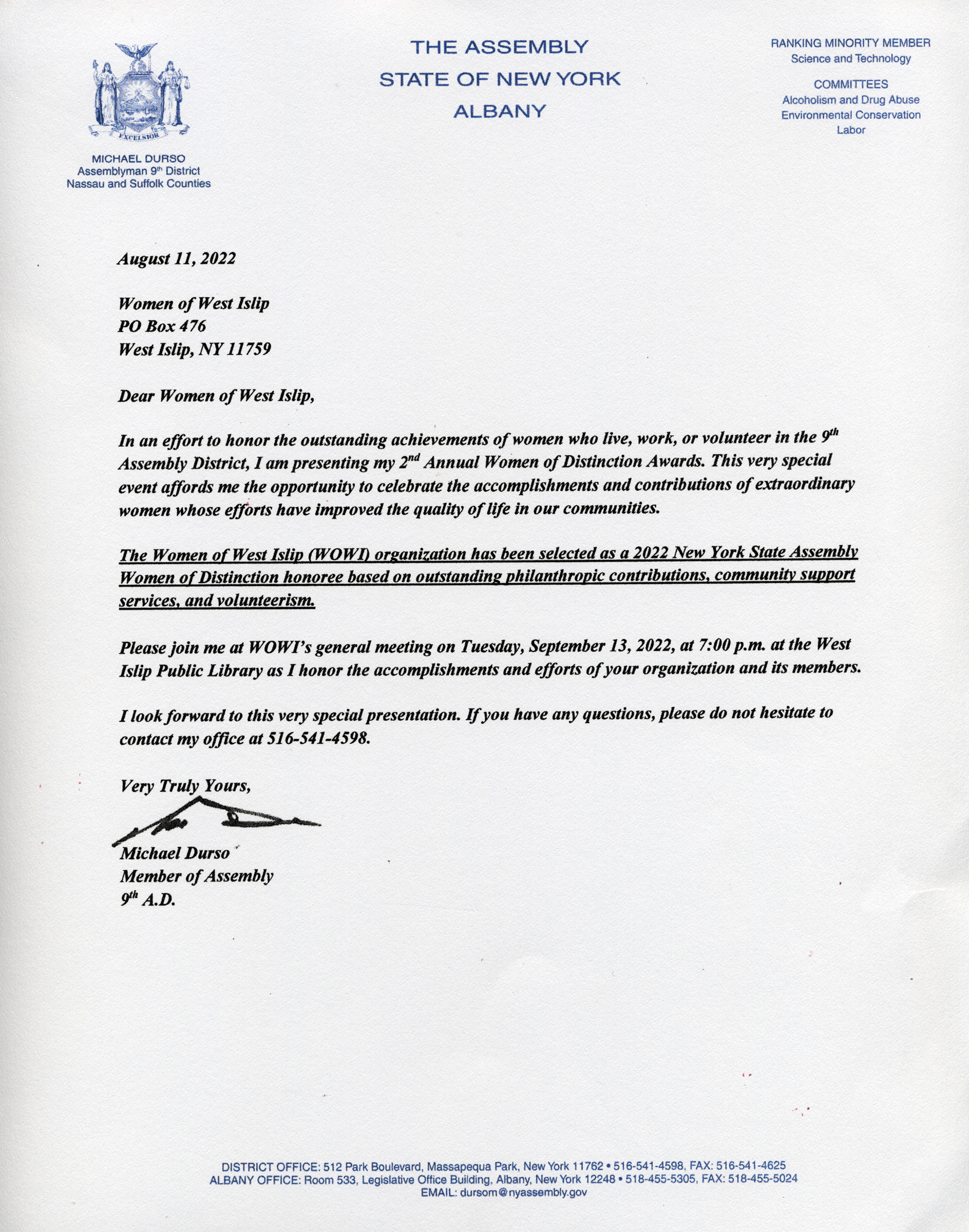 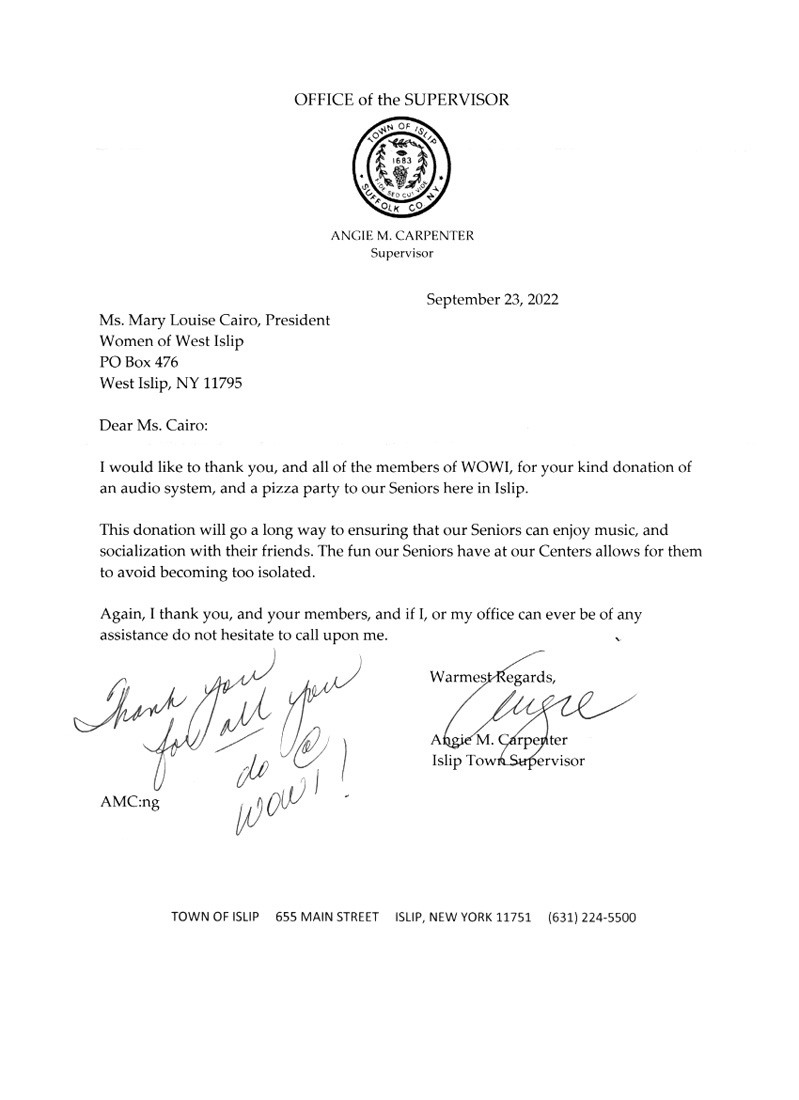 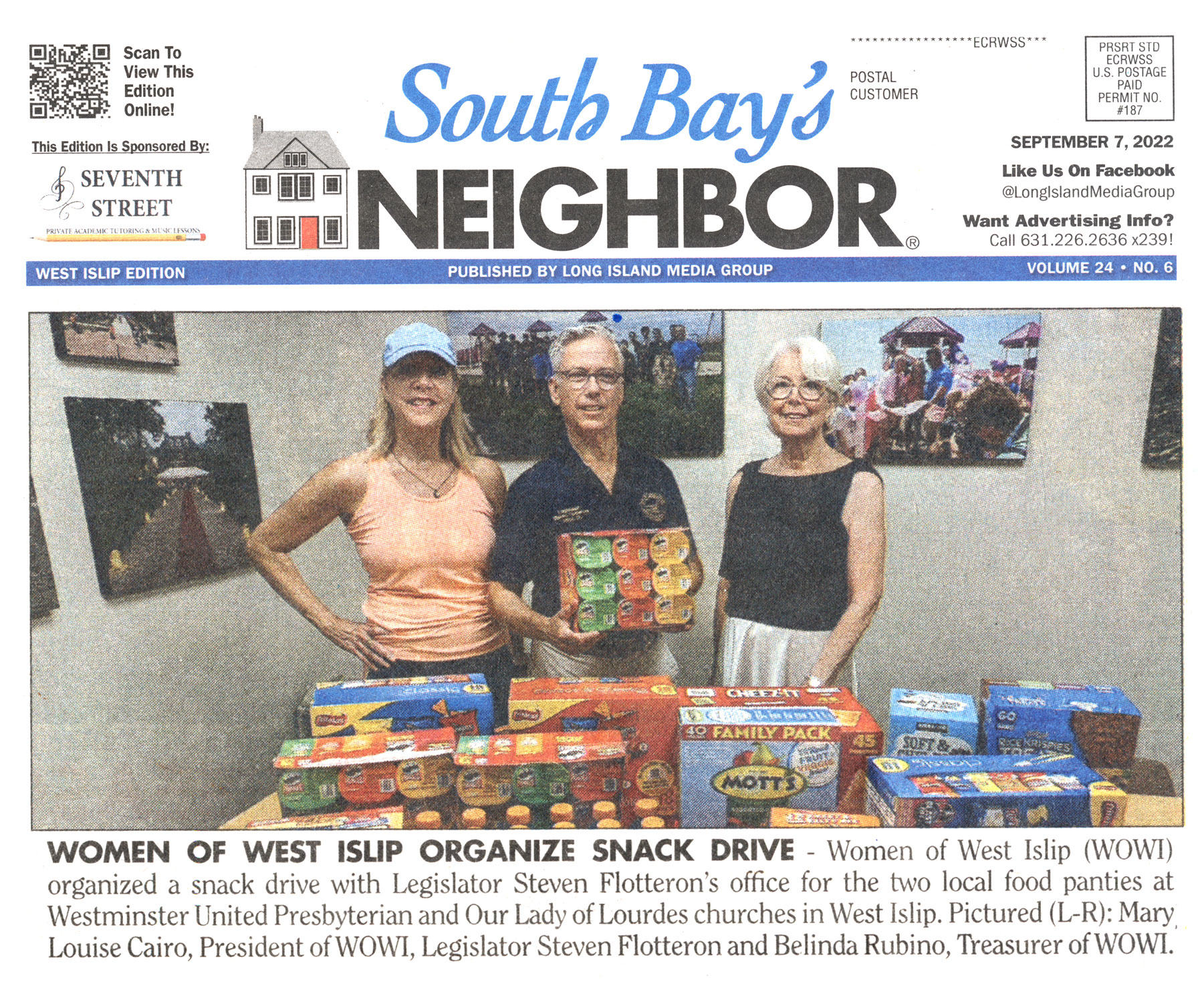 On Friday, May 6th, a tree dedication ceremony took place at Catholic Health Good Samaritan Hospital, honoring Dawn Marie Brown and their dedicated nurses during Nurses Week. The tree and plaque were presented by Women of West Islip (WOWI) and they were joined by the president Ruth Hennessy, and members and nurses of staff. 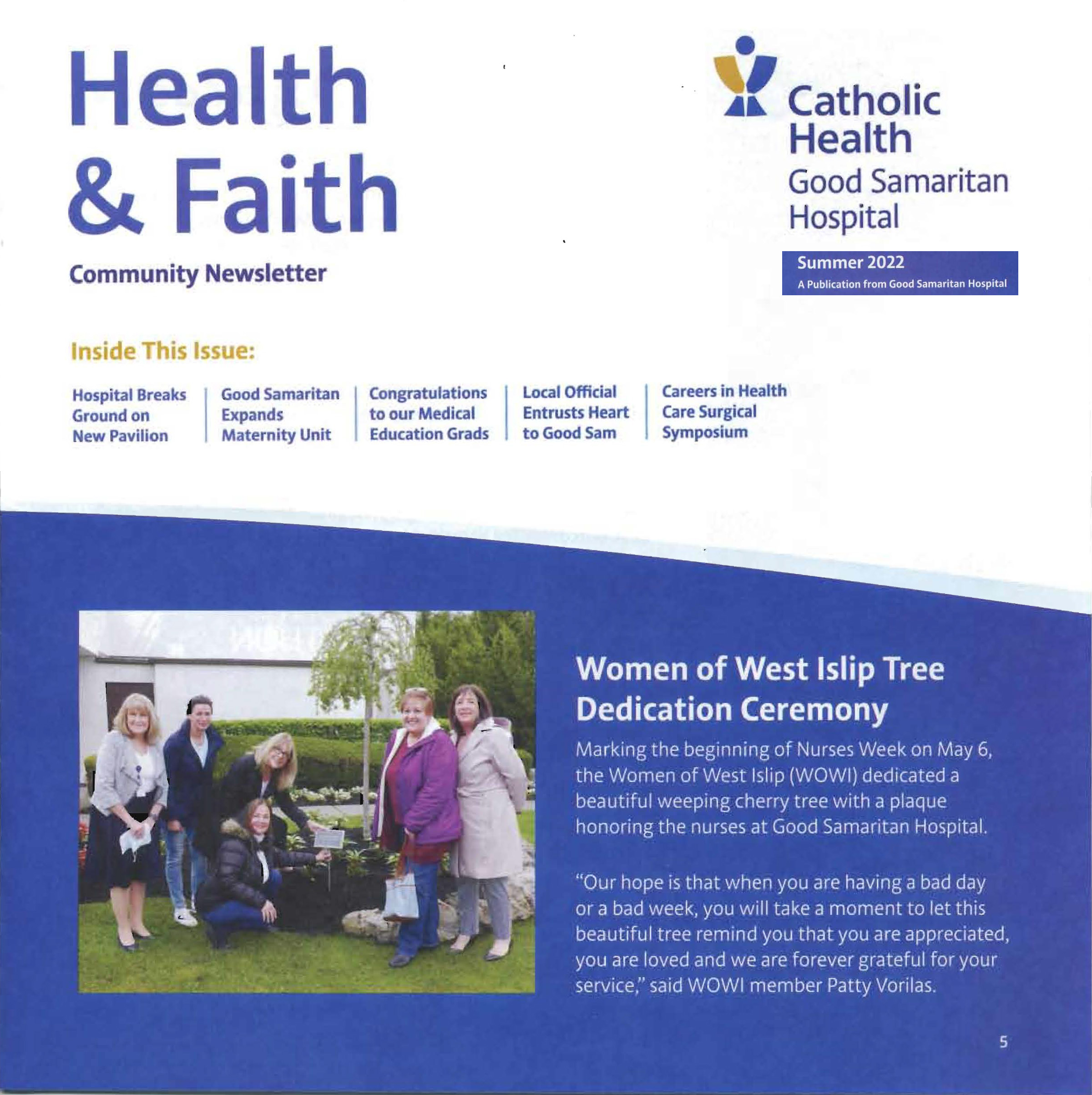 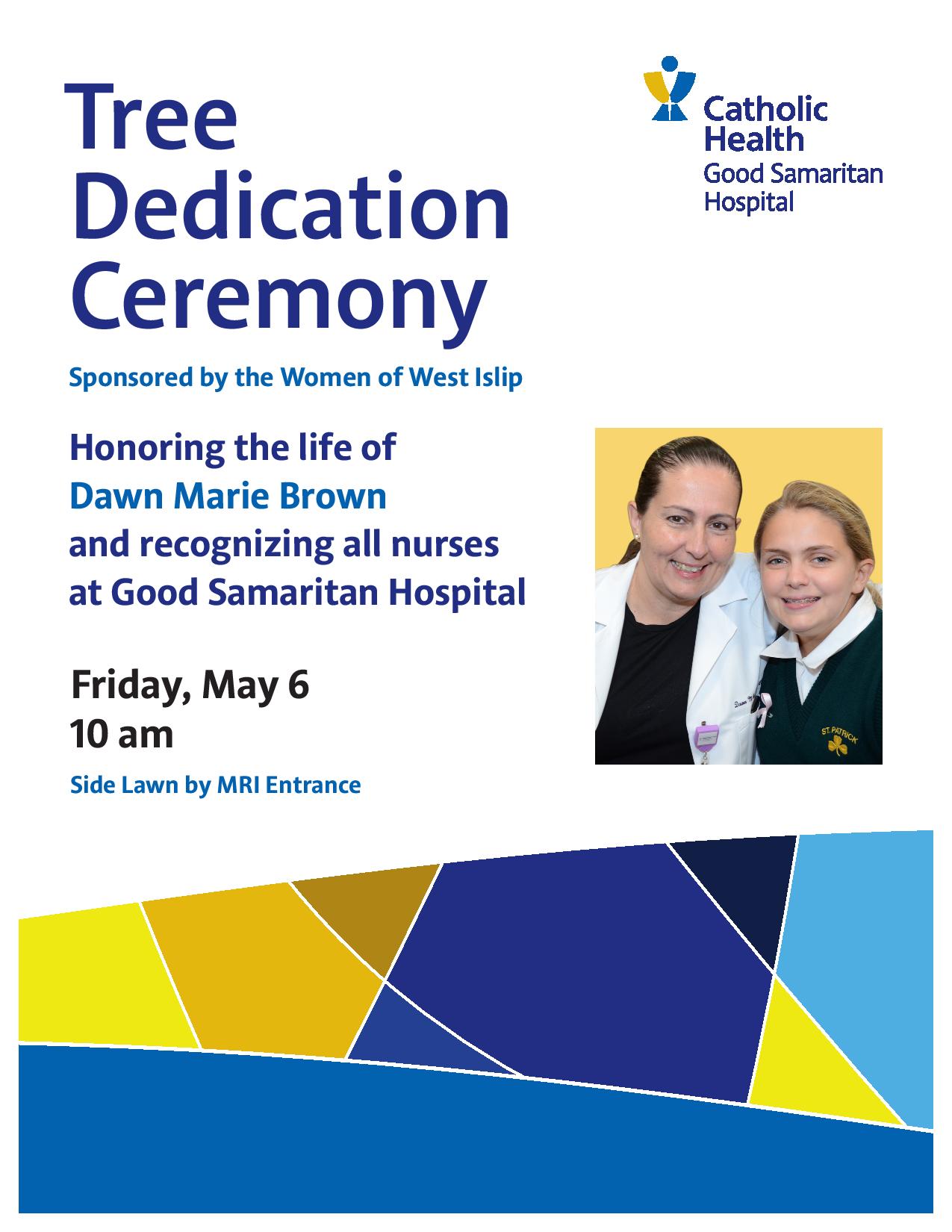 Congratulations to WOWI Member Lynn Luttenberg for receiving the 2021 Woman of Distinction Honor!

Legislator Steven J. Flotteron recognized the 2021 Suffolk County Woman of Distinction Award nominee for the 11th Legislative District, Lynn Luttenberg, for her dedication and contributions to the West Islip Community. Ms. Luttenberg continues to tirelessly give of her time and talents to bring others together for the betterment of her community. In addition to serving as Vice President of West Islip Association and President of West Islip Historical Society, she was instrumental in the restoration of the original La Grange Inn building into the West Islip Museum which opened in 2019, including raising significant funds to complete the project and collecting artifacts from West Islip residents, businesses and historical pieces from the now closed Higbie School.

Ms. Luttenberg is also a member of Women of West Islip (WOWI), helping bring a sense of community to those looking to volunteer and help others with things such as donations for local food pantries and acting as the liaison in the outreach branch of volunteering. One of her most significant contributions is the Historical Society's yearly Memorial Day tradition with local Boy Scout Troops and the American Legion in recognizing Revolutionary War Vetrans buried in the small cemetery in Northern West Islip 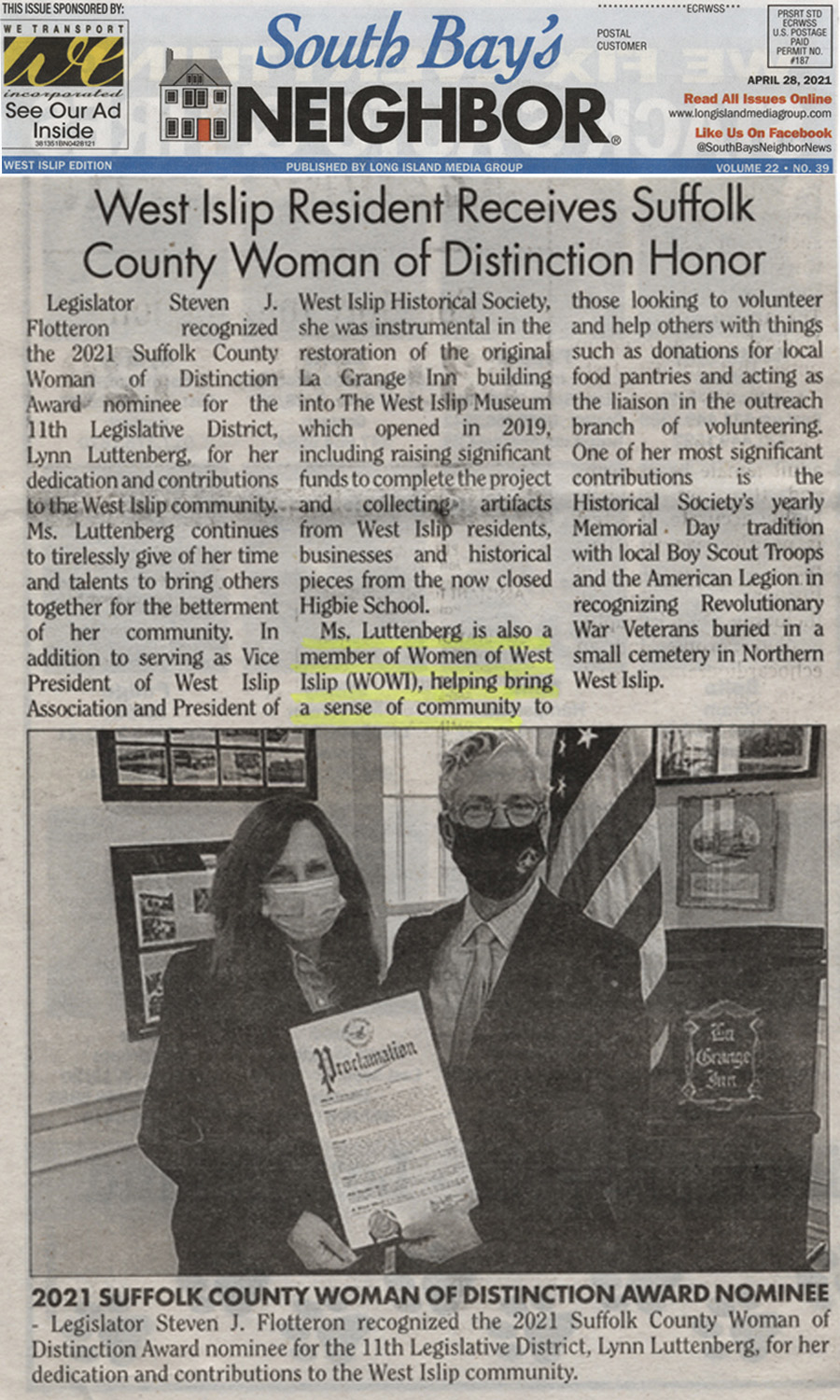 Congratulations to WOWI for receiving the 2017 Women's History Award of Distinction!

Islip Town Supervisor Angie Carpenter and the members of the Islip Town Board recently participated in the Town’s annual Women’s History Awards ceremony. March is national Women’s History Month, and each year the Town uses the occasion to honor women in the community who have made an impact in the lives of others.

“All of these women being honored at this ceremony have left an indelible mark upon our community,” said Supervisor Angie Carpenter. “Their achievements have inspired others to become involved in community service organizations, and countless lives have been improved because of their actions.”

The recipients of the 2017 Women’s History Awards are: 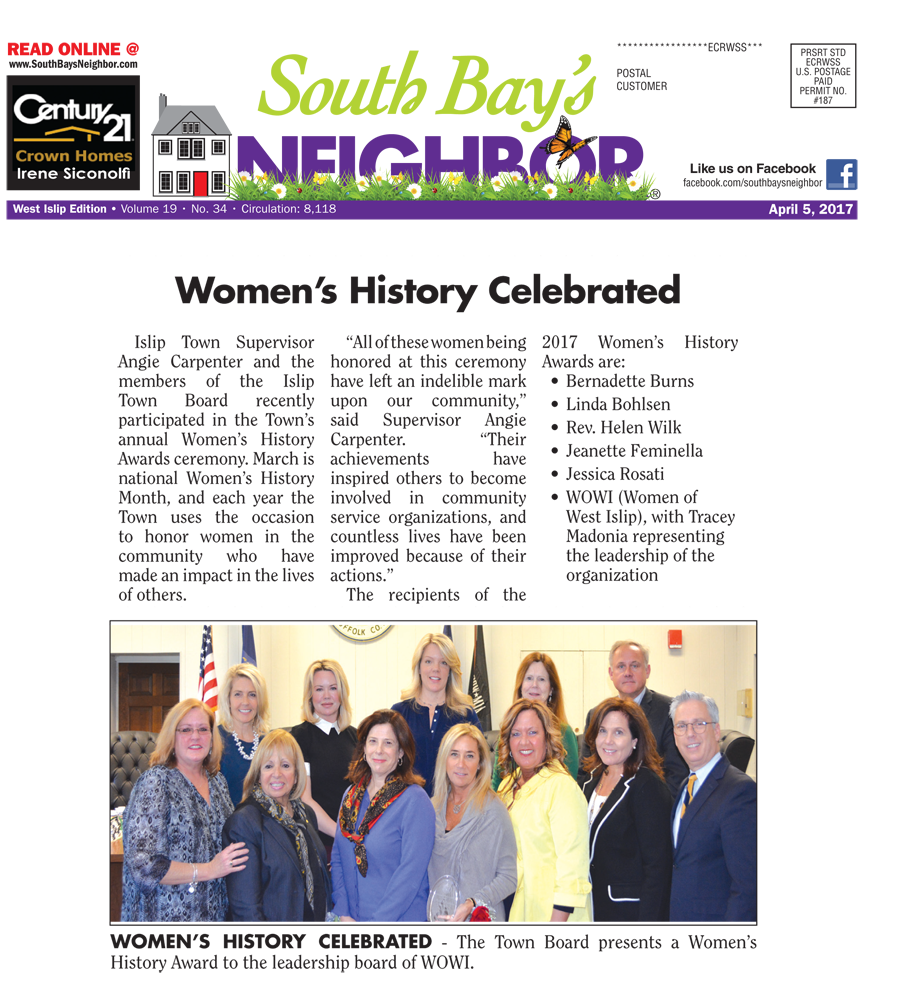 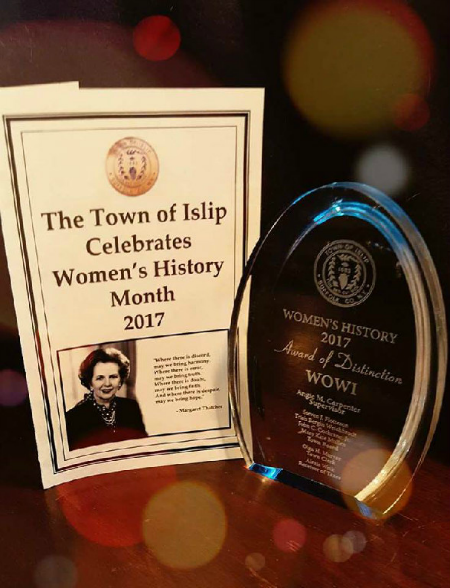 Copyright © 2023 Women of West Islip. All Rights Reserved.
Back to Top